Market at Dothan is open to accept orders. Orders close Tuesday at 5pm
We use the word “Sustainable” over “Organic”.
You can grow organic without being sustainable, but you cannot be sustainable without utilizing organic practices.
Thank you for your continued support of our local farmers. We count it a privilege to serve you!
Our Website: marketatdothan.locallygrown.net
Order prepayment link: paypal.me/marketatdothan

Admittedly M@D is in a bit of a lull right now with our beef listings, but since the issue has come up recently and barbecue season is already upon us we think it’s a good time to take another look at the difference between grain and grass fed beef and how that impacts the way you cook it.

Grass-fed beef is not easy to describe, which is why it’s important to give it a try. When you talk to grass-fed beef fans, they all explain it in their own distinct ways. One thing that’s universal is that grass-fed muscle has a unique mouth feel. You don’t notice it with ground meat but it’s very noticable with steak and roasts as it has a particular bite or a chew to it. Not only does the diet affect this texture, but it is also tied to the genetics of grass-fed animals and the way their muscles are used. That’s why Dexter steaks may differ from Santa Gertrudis and Black Angus. Grass-fed flavor and texture also depend on the the methods the farmer is using.

Generally speaking, grass-fed beef has very little fat. It’s lean. It needs to be cooked in differently than grain fed beef. Don’t salt it before cooking as that can really draw out its moisture. You can add salt (and pepper) for taste after, not before. Also, when you’re cooking grass-fed beef, lower the temperature by 50 degrees and always give it time. “Low and Slow” is the rule. You don’t want to cook it quickly over high heat — in a pan or on a grill. Heat also draws out moisture. It goes from medium to well done in seconds. The less fat in a muscle, the faster it goes between temperatures. Fat is a buffer. It has a different melting point than muscle. When there’s no fat, there’s no buffer.

One tried and true method of cooking grass fed beef to perfection is a nifty tool invented by the French called Sous Vide. 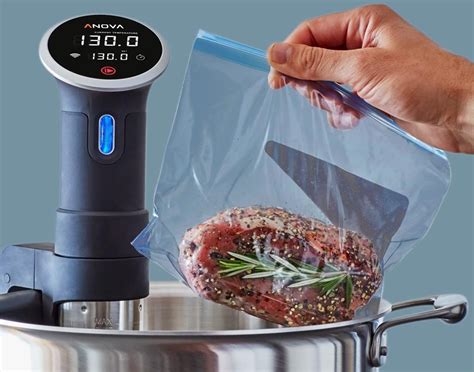 Photo shows one of several Sous Vide machines available for home use.

Pronounced “sue veed,” the term means “under vacuum.” Simply put, meat, vegetables, and so forth are vacuum-sealed in bags prior to being cooked using precise temperature control. The practice of Sous Vide cooking has long been employed in fine restaurants because of the many advantages it offers compared to traditional slow cooking methods.

With traditional oven-cooking, food is only perfectly cooked for a relatively short window of time. Take it out too soon and it’s undercooked (possibly dangerously so), take it out too late and it’s overcooked: dry, tough, blackened…ruined. This is because food in an oven or on a burner continues to cook as long as heat is applied to it, and for a while after. Thus, it’s relatively difficult to time everything in order to ensure perfectly-cooked food, and even the best chefs will occasionally under or over-cook meals. With Sous Vide, food will never exceed the programmed temperature controls. What this means is that once the perfect temperature is reached, it will not overcook. Even novice cooks will find it virtually impossible to produce anything less than perfect meals. Sous Vide guarantees consistent results with textbook doneness. Even the toughest cut of meat can be served fork tender when cooked for the right time at the right temperature.

And Sous vide cooks a lot more than just meat! Your market manager became a believer, and after that a user after trying sous vide keto cheesecake. As time has gone on an increasing number of our M@D family uses them so if this info has piqued your interest and you’d like additional first hand information, all you have to do is ask. :) 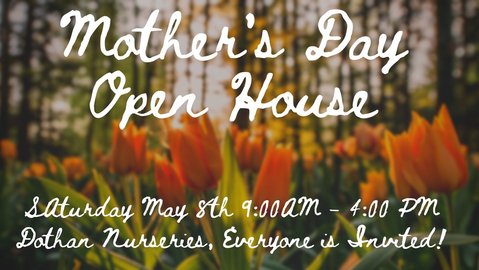 The new Bok Choi varieties are ready. They are doing awesome on the (new to us) plastic covered raised beds. This is a new method of growing for us with lots of things to learn as always.

Broccoli and cabbage are also growing well and will soon be available. Summer squash are blooming. And the very first baby tomatoes are on the vines. (Well, they were this morning before the 50 mpg winds came through. Hopefully they hung on!)

We thank you for your interest and support of our efforts to bring you the healthiest, the freshest and the most delicious locally-produced foods possible! `

Posted by: Roslyn Horton at Saturday April 24, 2021 04:37 PM CDT
THANK YOU for your interest and support of our efforts to bring you the healthiest, freshest and most delicious locally grown foods possible. If you would like to sell through Market at Dothan, please create an account, sign in, and visit the Grower page.
This market is using the Locally Grown online farmers market system. More information about how your market or farm can also use this system can be found at locallygrown.net/faq. Legal information about using this website can be found at locallygrown.net/legal.